This house has GREAT potential for the PERFECT home or investment property!

WordPress.com is excited to announce our newest offering: a course just for beginning bloggers where you’ll learn everything you need to know about blogging from the most trusted experts in the industry. We have helped millions of blogs get up and running, we know what works, and we want you to to know everything we know. This course provides all the fundamental skills and inspiration you need to get your blog started, an interactive community forum, and content updated annually.

The corner brownstone boasts 9,000-square feet, which is triple the size of the average brownstone.Close

CARROLL GARDENS — A 9,000-square-foot townhouse sold for $6 million in an all-cash deal to an anonymous buyer who plans to convert the building into “ultra modern” condos, according to the broker behind the sale.

“It has a lot of buildable potential — that’s why it went for so much,” said Joseph DiFiore of Awaye Realty, who brokered the deal for the building 50 First Place, at Clinton Street. “I don’t know of another five-family or even four-family that has gone for that much in Carroll Gardens. The cherry on top of the cake is that it’s all cash.”

Local brokers were unable to confirm if the sale price was actually a record high for the neighborhood, where townhouses routinely hit the market well into the millions. One five-bedroom, three-and-a-half bathroom brick townhouse on President Street is currently on the market for a whopping $9.995 million.

“It’s huge,” broker Janet Zimmer, who has worked with Brownstone Real Estate in the area for the past 12 years, said of the First Place sale. “It’s basically three times the size of most brownstones.” 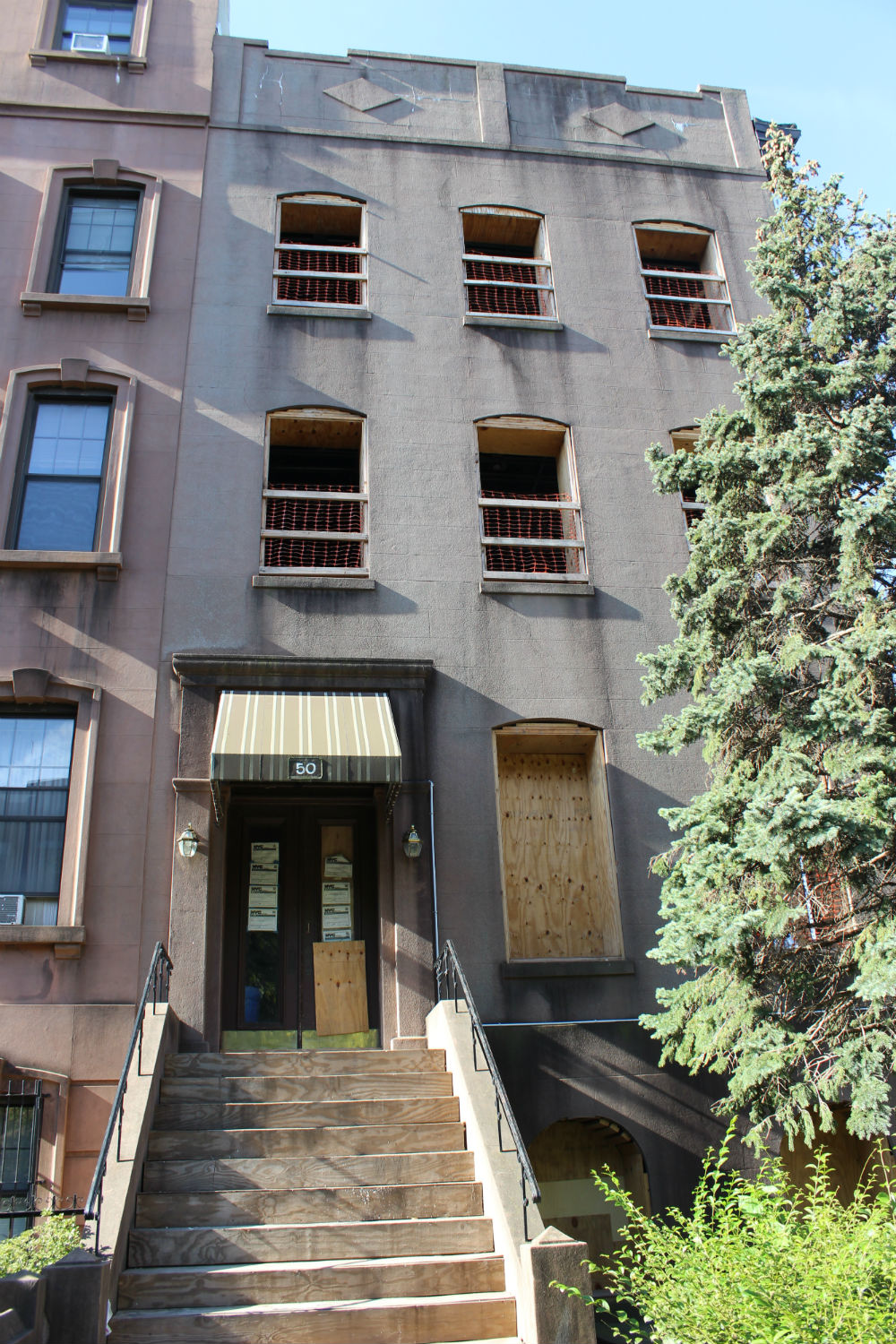 The townhouse at 50 First Place sold for $6 million. (DNAinfo/Caroline Spivack)

Property records show that the parcel hit the market after the last owner died and the building was snapped up by buyer 50 1st Place Development, LLC. The five-family home will be converted into five high-end condos with designer finishes that will likely go for $2 million each, DiFiore said.

The owners of 50 First Place could not be reached for comment Monday.

50 First Place features rear decks on the backyard, a two-car garage and front garden. Carroll Gardens’ “Place” streets — bounded by Henry and Smith streets and First and Fourth places — are coveted for their front yards that legally cannot be built on, according to DiFiore.

The property adjacent to 50 First Place — 54 First Place — was also recently sold by Awaye Realty, which brokered a $4.55 million deal for the five-family property. The owner plans to update and rent the building’s five units.

Awaye Realty a boutique Real Estate Office in Carroll Gardens has sold a pair of attached 5 family Brownstones.
Local Brokers and Agents have labeled them “The Pair of Fives”

Carroll Gardens; the birthplace of brownstones has become magnetized as the neighborhood everyone desires to live in and buyers are paying exceptional prices to acquire one of these properties.  Investors and principals alike are vying over each available listing for development or to create a personal luxurious residence.
Each sale seems to eclipse the previous one in price and the ceiling is not yet in site.

Carroll Gardens consisting of approximately 40 city blocks was laid out with great foresight by surveyor Richard Butts.  The signature courtyards were created by law in 1846 and in 1850 as a neighborhood easement which was attached to the deed of every place street block.  Each front yard easement allows for 33 feet 5 1/4 inch.  These courtyard could not be built on or used for storage or parking.  Hence the beautiful gardens emerged in front of every home.